With The Trouble with Mojitos by Romy Sommer, United States of Love by Sue Fortin and Manhattan Millionaire's Cinderella by Sum Chara being published on Thursday 17th October, we are being spoilt by Harper Impulse this week! Click on the book covers to be taken to the Amazon page.


The Trouble with Mojitos by Romy Sommer 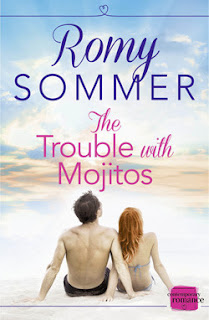 Turquoise blue waters. Sandy white beaches. Mojitos... Film location scout Kenzie Cole has found herself in paradise. Working in the Caribbean for a week is just what she needs to escape the long line of exes in her closet. Though the last thing she expects is to be picked up at the resort bar by a disgraced former Prince!

Luckily for Kenzie, exile is suiting the man formerly known as Prince Fredrik very well. And it’s not long before his rugged, pirate charm is proving hard to resist.

But Rik’s been spending his time in paradise exorcising demons of his own and he has danger written all over him. If Kenzie was sensible she’d run a mile instead of lose herself to lust - although, they do say sometimes you have to get lost before you can be found.... 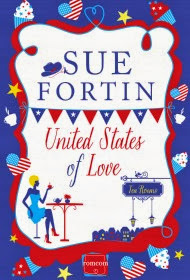 Since splitting from her husband, single mum Anna Barnes is enjoying her new found freedom and independence.

However, she didn't bank on working for Tex Garcia – or the sparks that fly between them. The gorgeous American chef is getting the locals hot under the collar and not just because of his culinary prowess!

One problem: Tex can't commit and women pass through his life like dishes going out to service! Will it be the same with Anna? One thing’s for sure, this All American man is determined to break her self-imposed rule of never mixing business with pleasure – and add some spice into the mix… 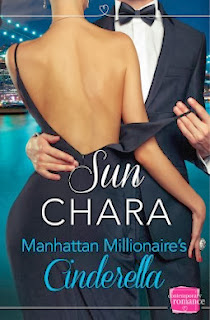 Will their wedding night be a one-night stand or a merger for keeps?
Global real estate mogul, Cade Sloan should've listened to his own advice: trust no one, and never a woman…especially not his 24 hour bride gone AWOL with his millions. Nina, mousy secretary turned sexy vixen, will repay every penny with interest…

When Cade gears up for a takeover, there's sweet hell to pay. Nina owes her husband a wedding night and he’s hell bent on collecting… his way, his time, his pleasure.
Posted by Beckie at 14:45