So many amazing book releases so little time! From the new Bridget Jones book to the paperback release of Christmas at the Cupcake Cafe there is a lot to choose from! And if it's a short story you're looking for, Alexandra Brown has released Me and Mr Carrington as a prequel to Christmas at Carrington's. Personally, I'm looking forward to Novelicious' new novel There's More to Life Than Cupcakes by Poppy Dolan. It looks soooo yummy! Click on the book covers to be taken to their Amazon UK pages :)

Bridget Jones; Mad about The Boy by Helen Fielding 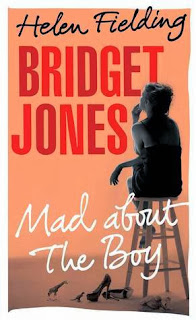 Bridget Jones' Diary, charting the life of a 30-something singleton in London in the 1990s was a huge international bestseller, published in 40 countries and selling over 15 million copies worldwide. Its sequel, Bridget Jones: The Edge of Reason, published soon after was also a major international bestseller. Both were made into films starring Renée Zellweger, Hugh Grant and Colin Firth.

Set in the present, the new novel will explore a different phase in Bridget's life with an entirely new scenario. As Helen Fielding has said: "If people laugh as much reading it as I am while writing it then we'll all be very happy."

Christmas at the Cupcake Cafe by Jenny Colgan 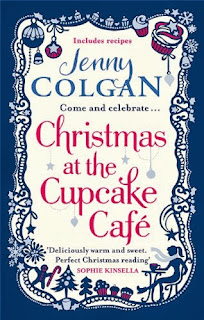 Issy Randall, proud owner of The Cupcake Cafe, is in love and couldn't be happier. Her new business is thriving and she is surrounded by close friends, even if her cupcake colleagues Pearl and Caroline don't seem quite as upbeat about the upcoming season of snow and merriment. But when her boyfriend Austin is scouted for a possible move to New York, Issy is forced to face up to the prospect of a long-distance romance. And when the Christmas rush at the cafe - with its increased demand for her delectable creations - begins to take its toll, Issy has to decide what she holds most dear.

This December, Issy will have to rely on all her reserves of courage, good nature and cinnamon, to make sure everyone has a merry Christmas, one way or another...

Me and Mr Carrington by Alexandra Brown

Georgie Hart can’t believe her luck. It looks like Tom, the hunky boss of Carrington’s Department Store, in the picture-postcard town of Mulberry-on-Sea, is as hot for her as she is for him. After a romantic Italian get-together leaves her on Cloud Nine, Georgie is brought back down to earth with a bump when she has to get back behind the counter of the Luxury Handbags section.

But when Georgie is left open-mouthed by a revelation from one of her well-heeled customers, it seems like Tom hasn’t been entirely honest with her. Has Georgie done her usual trick of adding two and two together to make five?

Ever wondered what happened when Georgie first got together with Mr Carrington himself? This deliciously funny short story is perfect for anyone who loved Cupcakes at Carrington’s, and for those discovering the lovable Georgie Hart for the first time. The story also features an exclusive peek at the next book, Christmas at Carrington’s.

There's More to Life Than Cupcakes by Poppy Dolan 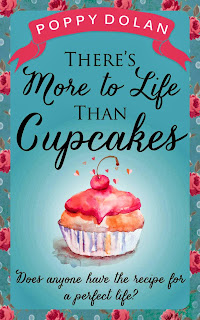 Ellie Redford has a husband, a job and a home. According to the rest of the world, it’s baby o’clock already. Shame life doesn’t come with a recipe…

Ellie knows that starting a family with lovely husband Pete would be an amazing adventure. Pete would make a brilliant dad and she’d have an excuse to eat shed loads of Cherry Bakewell. But Ellie’s bestie would rather she was up at 3am with a bottle of Malibu, not formula. And with redundancies looming, Ellie’s boss isn’t exactly going to throw her a shower if she disappears for a year, with pay.

While Ellie juggles her feelings (and everyone else’s) as competently as a drunken clown, she finds herself signing up for a baking class, alongside the young, free and sizzling hot Joe. As they work buns and shape tarts, is there more to their friendship than a shared appreciation of Paul Hollywood?

Ellie’s soufflés may be rising, but her personal life is one big soggy mess. If she doesn't make a decision soon, she may just lose everything that matters to her. Maybe it's time to take off the pinny and face up to the truth: there’s more to life than cupcakes...
Posted by Beckie at 21:08