I cannot believe it is December already! I'm really looking forward to the Christmas holidays, they're definitely my favourite time of year. We have some fabulous books to keep us occupied in in the meantime. Click on the book covers to be taken to their Amazon UK pages.

Christmas at Carrington's by Alexandra Brown 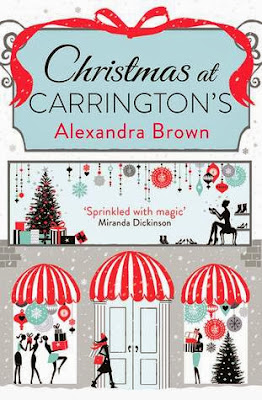 Carrington’s Department store is thrown into a spin when the staff learn that a hot new reality TV show is to be filmed in-store, featuring the formidable retail guru, Kelly Cooper. Georgie Hart, in charge of Luxury Handbags, is reluctant, but quickly realises that the show could give Carrington’s a new lease of life. With Christmas around the corner, she’s also hoping that the season will deliver her the perfect Christmas present, in the form of Tom, the store’s dishy boss.

The Island Hideaway by Louise Candlish 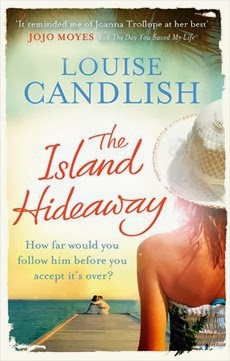 How far would you follow him before you accept it's over?

Eleanor Blake, distraught after breaking up with her fiance Will, decides to do what most would scarcely dare: secretly follow him to the island hideaway where he's on holiday with the woman who took her place. But on the shimmering, sun-drenched Sicilian island of Panarea, distractions come in many forms - including her fellow hotel guest Lewis, an enigmatic Englishman with secrets of his own to protect. And then there's Frannie, a young Italian actress on the island to prepare for her first film role, who is as charming as she is beautiful. Can she really be so perfect? And shouldn't Eleanor be the first to suspect that things might not be as they seem?

Here's Looking At You by Mhairi McFarlane 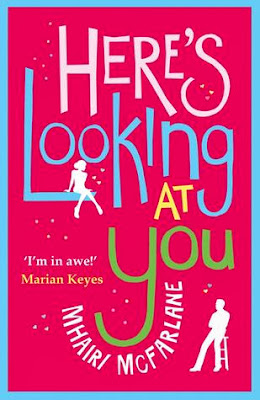 Despite the oddballs that keep turning up on her dates, Anna couldn’t be happier. As a 30-something with a job she loves, life has turned out better than she dared dream.

However, things weren’t always this way, and her years spent as the ‘Italian Galleon’ of an East London comprehensive are ones she’d rather forget.

So when James Fraser – the architect of Anna’s final humiliation at school – walks back into her life, her world is turned upside down.

But James seems a changed man. Polite. Mature. Funny, even. People can change, right? So why does Anna feel like she’s a fool to trust him?
Posted by Beckie at 14:14